This artpack, called "Elven Armies", consists of assorted troops (footsoldiers, cavalry units, leaders, corpses, etc.), all rendered in 4 unique homogenous styles, allowing you to depict elven warriors of four different Elven armies or Elven subraces (High Elf, Wood Elf, Moon Elf, Night Elf). There are 22 distinct tokens for each type of Elf, including both a "Ready/Idle" pose and an "In Combat" pose for each of the 11 distinct figures (ideal for use with BRPG's token-swapping feature).

In addition to the Elf tokens, this artpack also contains tokens depicting saddled (but riderless) horses (3), centaurs (3), and a humongous Silver Dragon (3).

All 97 figures in this 14.6 MB artpack come pre-sized and pre-rotated for use in Battlegrounds. They've all been scaled to match each other in relative size, and are all high-resolution (122 pixels per cell), so they won't pixelate even at full zoom in BRPG. The figures are suitable for a game scale of 3 feet per hex (and 5 feet per square, too, of course).

Even when you don't need an army, many of these figures can be used to represent PCs or NPCs, so they should be useful in a number of games.

The "Elven Armies" artpack costs $10 for GMs (but, like all artpacks, is free for players). It can be purchased from the [urlx=http://www.battlegroundsgames.com/store.html]BG Store[/urlx]. Half of the proceeds will go to Alynnalizza (the artist), and the other half to support continued development of BRPG. And if this artpack does well, Alynnalizza will probably create more artpacks in the future.

Note that players will need to have this artpack installed during sessions where the GM will use it, and everyone must be using BRPG v1.4i or higher.

Below are preview images of the four Elf types included in this pack. All the screenshots were taken at 200% zoom, so that you can see all the detail. Be sure to click on each image to see it at full size. 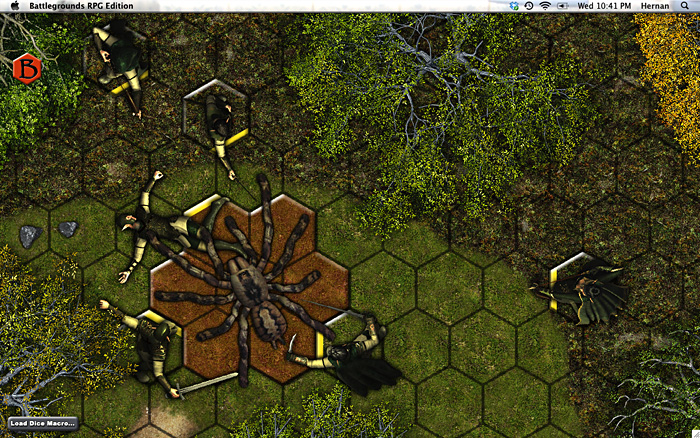 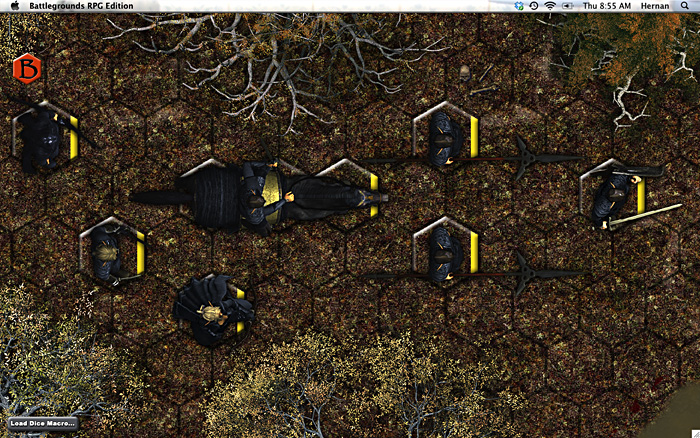 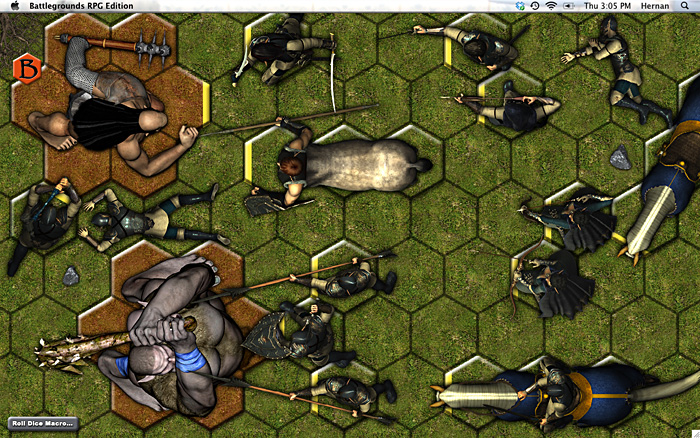 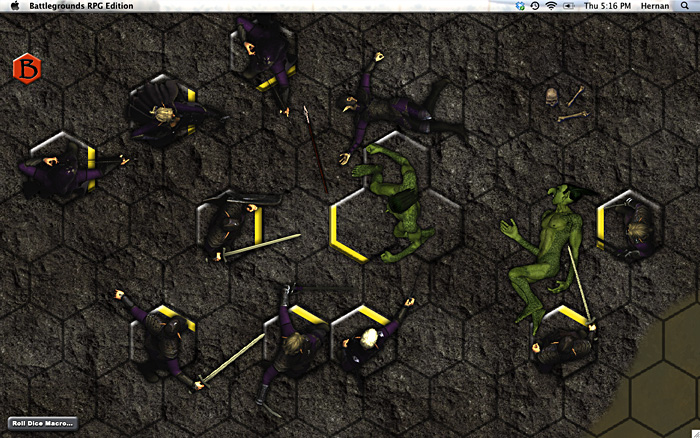 Note that the Night Elves are color mods of the Moon Elves, rather than custom renders.

Are these files available in a Jpeg or .Png format???
Top

JPEGs would be pretty worthless, in any case, since top-down tokens need transparency to be useful, and JPEG does not support transparency.

I am about to buy this pack

I only miss Sea Elves for my Buccaneers campaign

Egads, sea elves. I didn't even think about them. Hmm, I'll see if I can come up with anything that would work.

Thanks for the idea Kepli!
Asgardnorth.net & Asgardnorth.com , 2 sources for your Fantasy Needs. Com for freebies, Net for commercial items. Stop by and take a look.
Top

I posted in another thread, but will mention here, how about some green-skinned elves in this style? There is a race like that in the game world I'm playing- earthtone or dark hair, variations on green skin among one of the "cousins" to the elves...
Top

hmm, I can throw that into the mix after I finish the 3rd set I'm working on.

Asgardnorth.net & Asgardnorth.com , 2 sources for your Fantasy Needs. Com for freebies, Net for commercial items. Stop by and take a look.
Top

I will eagerly await these! And I'm digging the centaurs, too- we could sure use a few more of them- are any of them female in this pack? Either way, it's on my "list" for the holidays!
Top

TRIAD4Evr wrote:I'm digging the centaurs, too- we could sure use a few more of them- are any of them female in this pack?

Nope. All 3 are male. One you can see in a preview pic above, the other two are dual-weapon wielders.

Ah well, something for the next update, then!!!
Top

Thanks Kepli, hope the silver dragons are a nice addition

Asgardnorth.net & Asgardnorth.com , 2 sources for your Fantasy Needs. Com for freebies, Net for commercial items. Stop by and take a look.
Top

Yep, they are huge and very detailed. Very cool

Also like the addition of horses and Centaurs.
The Elven are very detailed and there are a lot of poses to choose from.

But, I still miss Sea Elves

About this Unit Palette
I put together this Unit Palette (see attachment) to add value to this BRPG artpack. It is intended to make the process of finding and placing specific figures on the map significantly faster and easier than with the standard method of browsing artpack content. BRPG v1.8b or higher is recommended in order to use this Unit Palette to its full potential.

Installation instructions are included in the zip file. Only the GM needs to install these files. Players do not need to download or install the Unit Palette, but they will of course need to download and install whichever artpack/s the GM plans to use in his/her game sessions. 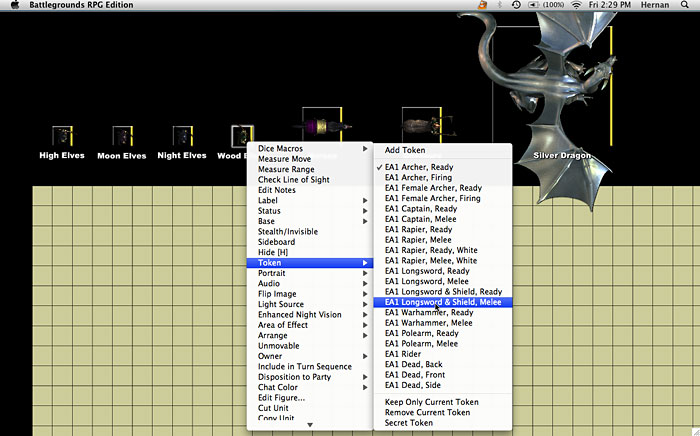 How To Use the Unit Palette
Load one of the included Encounter files. This will automatically load the relevant Media Asset Bundle (which contains the rendered text labels). The Encounter will present you with a blank map canvas, with the Unit Palette located just above the map. Simply copy a unit from the palette that you wish to place on the map, paste it to the desired spot on the map, and then use the token-swapping hotkeys to select the exact token you wish to use. When you are satisfied with your token selection, select the "Keep Only Current Token" command from the unit's contextual popup menu.

The Unit Palette also comes in Deployment format, so that you can easily import the Unit Palette into any existing Encounter to continue fleshing it out.

Regardless of whether you use the Encounter or the Deployment, when you no longer need the Unit Palette on the map window (e.g., if you are finished creating your layout), simply select the entire Unit Palette with the selection marquee and delete it from your Encounter.

Please help spread the word about BRPG and BGE, and never hesitate to tell me how I can make them better suit your gaming needs.
Top
Post Reply
14 posts • Page 1 of 1

Users browsing this forum: No registered users and 0 guests